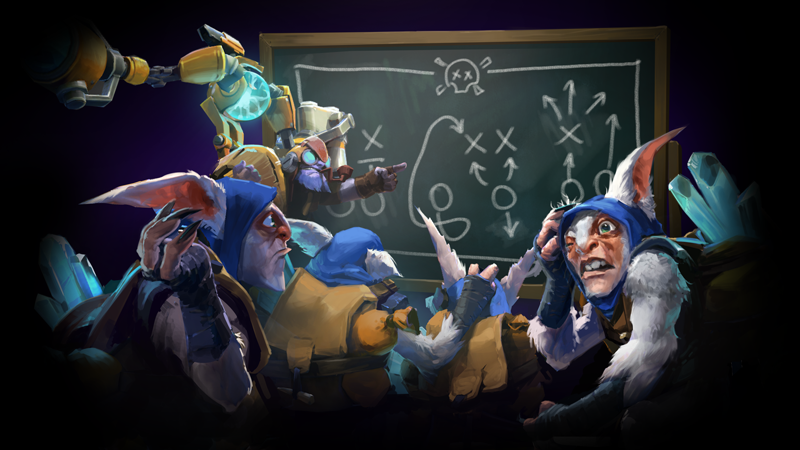 I have some good news, some more good news, and some bad news. The good news is that after our previous post, we received a deluge of emails. More good news - it’s high quality feedback that people have clearly spent a lot of time thinking about. The bad news? We’re slow readers, so it’s taking us a bit more time than we thought to thoroughly comb through all of your emails. But we are a determined bunch!

One of the first heavy RNG components that players faced was the initial board setup. “The Flop”, as it used to be called, would randomly deploy the first set of heroes and lane creeps. Let’s take an in-depth look at how deployment has changed.

Board Layout
The board still has 3 lanes, but each lane is exactly 5 slots. The slots also have a fixed position, so adding units on either end of the lane doesn’t shift the positions of any units. There are some rules for deploying on top of units if the lane gets too full or if there’s just something in your way, which you’ll find at the end of this post.

Lane Creep Deployment
Before each round, a melee creep is deployed into the leftmost empty space in each lane. 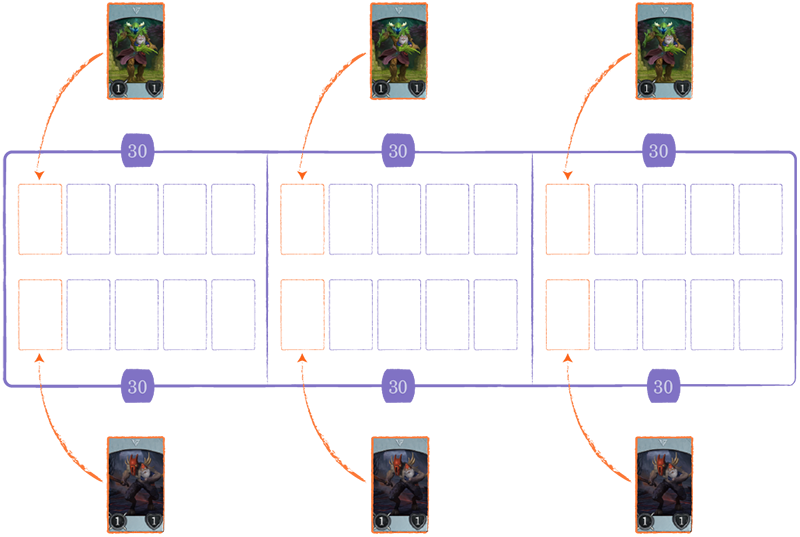 Hero Deployment, First round
Heroes are deployed in three stages in the first round.

Let’s take a step by step look using this match-up. 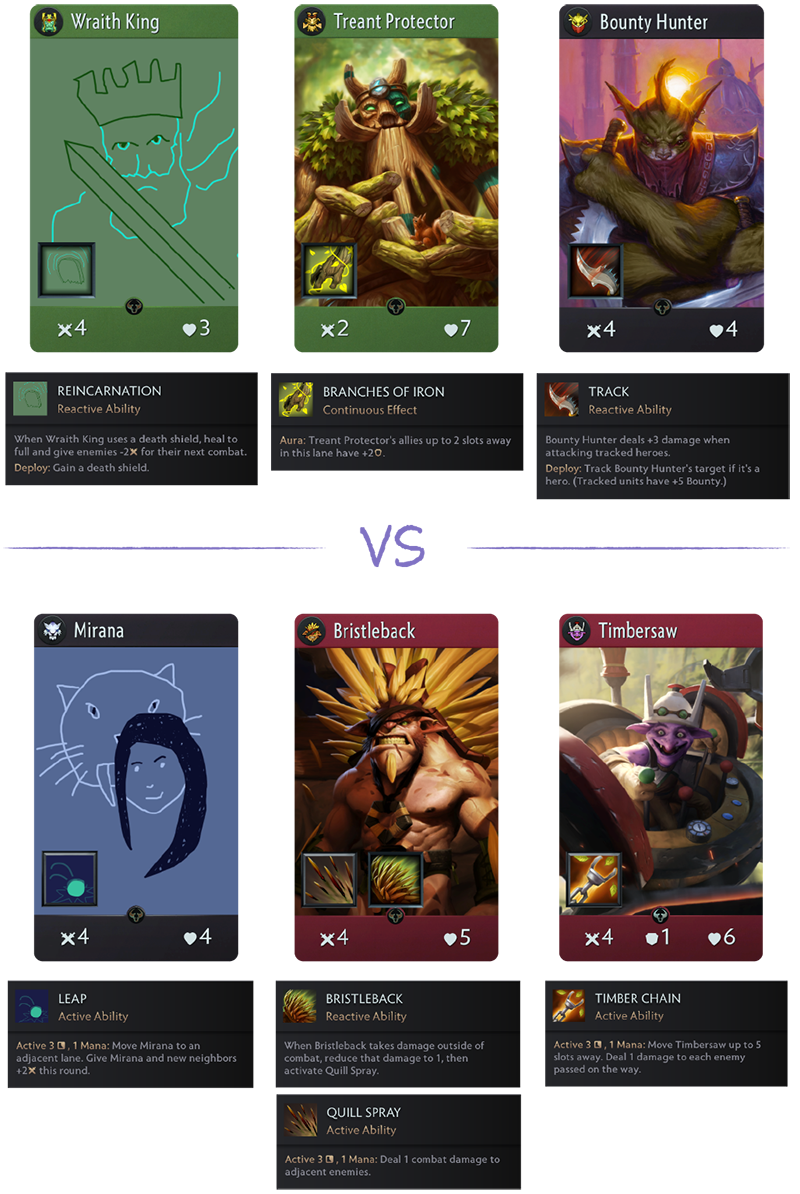 Step 1, Mid - Both players choose one of their first three heroes. They can choose to deploy them in one of the three middle spots in the lane. The heroes and their deploy locations are simultaneously revealed.

We’d like Treant to survive a few rounds to build up a creep advantage in a lane. Treant would make a juicy target if we put him in the off lane, and we have a chance that we might be unopposed in mid. Treant’s passive aura can affect the whole lane from the center position so our opponent might play center mid just to prevent that advantage. We might get lucky depending on where our opponent deploys.

We are going to play our tree to the mid position. 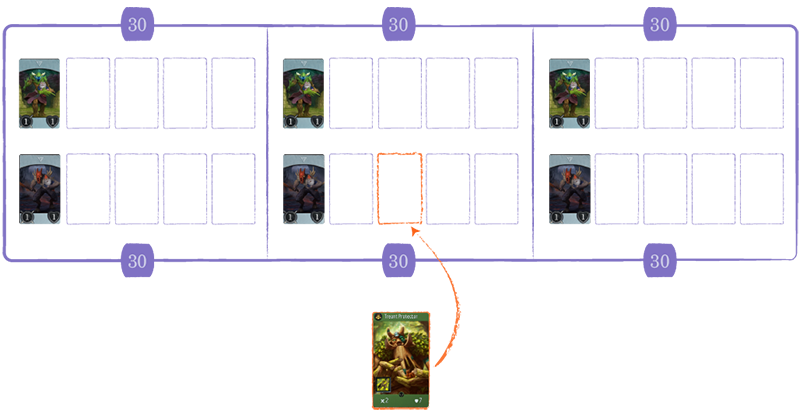 Step 2, Off lane - Each player chooses their second hero (one player deploys to the first lane, the other to the third lane). The hero and their deploy locations are simultaneously revealed. This hero will be the most vulnerable since the enemy will be able to respond with full knowledge.

We don’t mind if Wraith King matches up against any of these enemies. So we can safely put him in our off lane. Bristle is nice to play in the second slot of any lane since you might get some free creep kills with Quill Spray. He can also take a hit so we would expect our opponent to play him now.

We are going to play our Wraith King in the fourth position. 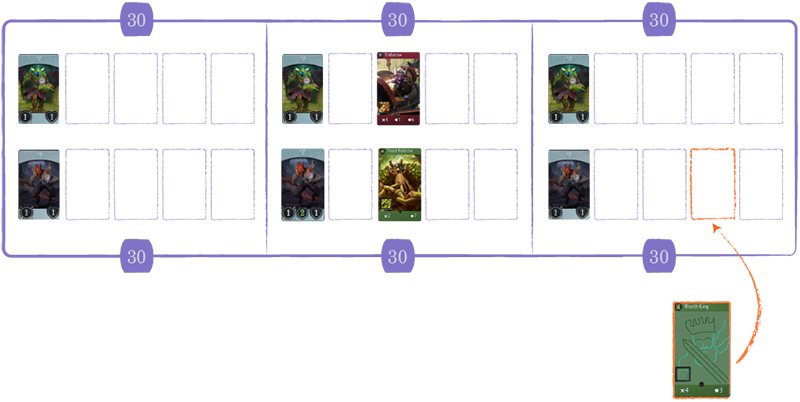 Let’s see what our opponent chose.

Step 3, Safe lane – Players now deploy their last hero into their safe lane (the lane their opponent deployed into in the previous round). You have full information about what you are facing now, so you can deploy your final hero to the most beneficial of the three available spots.

Mirana is a good choice to put in the safe lane for better Sacred Arrow positioning and so she doesn’t get killed. Because we deployed bounty last we are guaranteed we can take advantage of his track ability. Hopefully we get some cards to save him, but we are fine with the trade.

We are going to play our bounty hunter to attack their Bristleback. 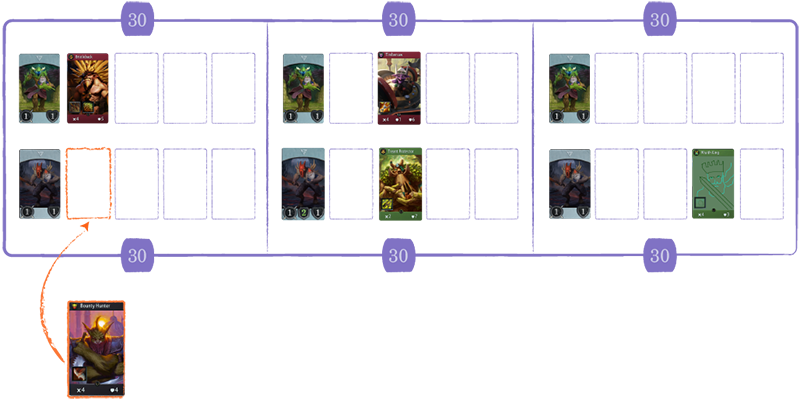 Not the best, but I think we ended up in a good spot!

Hero Deployment, Subsequent rounds
You still get an additional hero to deploy in the 2nd and 3rd rounds plus any hero that returns from the fountain. Later deployments have no restrictions on where heroes can be deployed.

Additional placement rulesAdditional Notes
Let us know what you think!